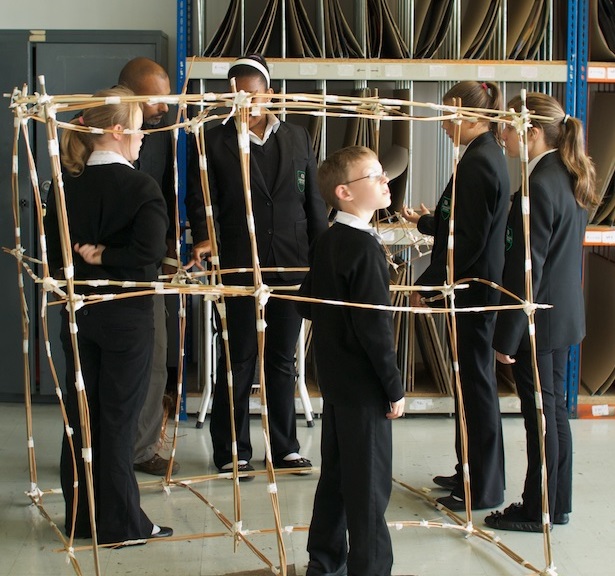 East London schools are putting the ‘A’ in STEAM

Creative Schools was designed to support school improvement needs through East London’s incredible arts and cultural opportunities. Over the past year we have worked with twenty-one schools from across four East London boroughs, talking to headteachers, senior leaders and arts subject leads about their needs and linking them with arts projects that can support these priorities and drive school improvement.

With recent government education policy emphasising the importance of STEM subjects (science, technology, engineering and maths) a number of schools are working with Creative Schools to put the ‘A’ in STEAM – demonstrating a commitment to including Arts on and equal footing with STEM subjects.

Putting the ‘A’ in STEAM helps to recognise the economic importance of the arts & design alongside science, technology, engineering and maths.  With the creative economy worth a whopping 84.1 billion to the UK economy, turning STEM into STEAM supports the innovation, collaboration and risk taking needed to inspire children and young people and prepare them for the social, cultural and economic opportunities of the future.

Read these recent articles written by teachers and young people on the importance of including arts subjects on an equal footing in schools.

This month the Mayor’s London Ambitions Portal is celebrating creative opportunities for pupils across the capital in both science and the arts. The Portal is a new website which makes it easy for schools, colleges and outside organisations to connect, helping young Londoners to explore the world of work. Sign up to the Portal to receive the latest newsletter.

Check out a few of the innovative arts projects being offered through East London Creative Schools that support priorities across science, technology, engineering, and maths:

Find out more about London Ambitions

Find out more about the London Ambitions Project and get your organisation signed up to the Portal. For more info contact londonambitions@london.gov.uk.

Get involved in Creative Schools Artsmark in 2017

We are looking forward to a busy and creative 2017 and are delighted to be joining up with the Artsmark Award to launch an integrated Creative Schools Artsmark for schools joining the programme in 2017/18.  Schools should submit an application to be part of the 2017/18 programme by 17 March 2017

Find out about the Creative Schools Artsmark programme and how to apply or email us with questions, comments or ideas at hello@creativeschools.london.

Creative Schools is led by Eastside supported by ELCEA:

Creative Schools was funded between 2018-2021 by Esmée Fairbairn Foundation, City Educational Trust, Foundation for FutureLondon, and Network for Social Change

Want to find out more? Get in touch with us!